The faces of Jardin de Monforte

The Jardin de Monforte, located in the Plaza de la Legión Española of the city of Valencia was designed in the 19th century in a neoclassical style. It has abundant marble statues; ponds and spouts, architectural details and a rest pavilion.

A charming place to visit and connect with this gorgeous city and its history. 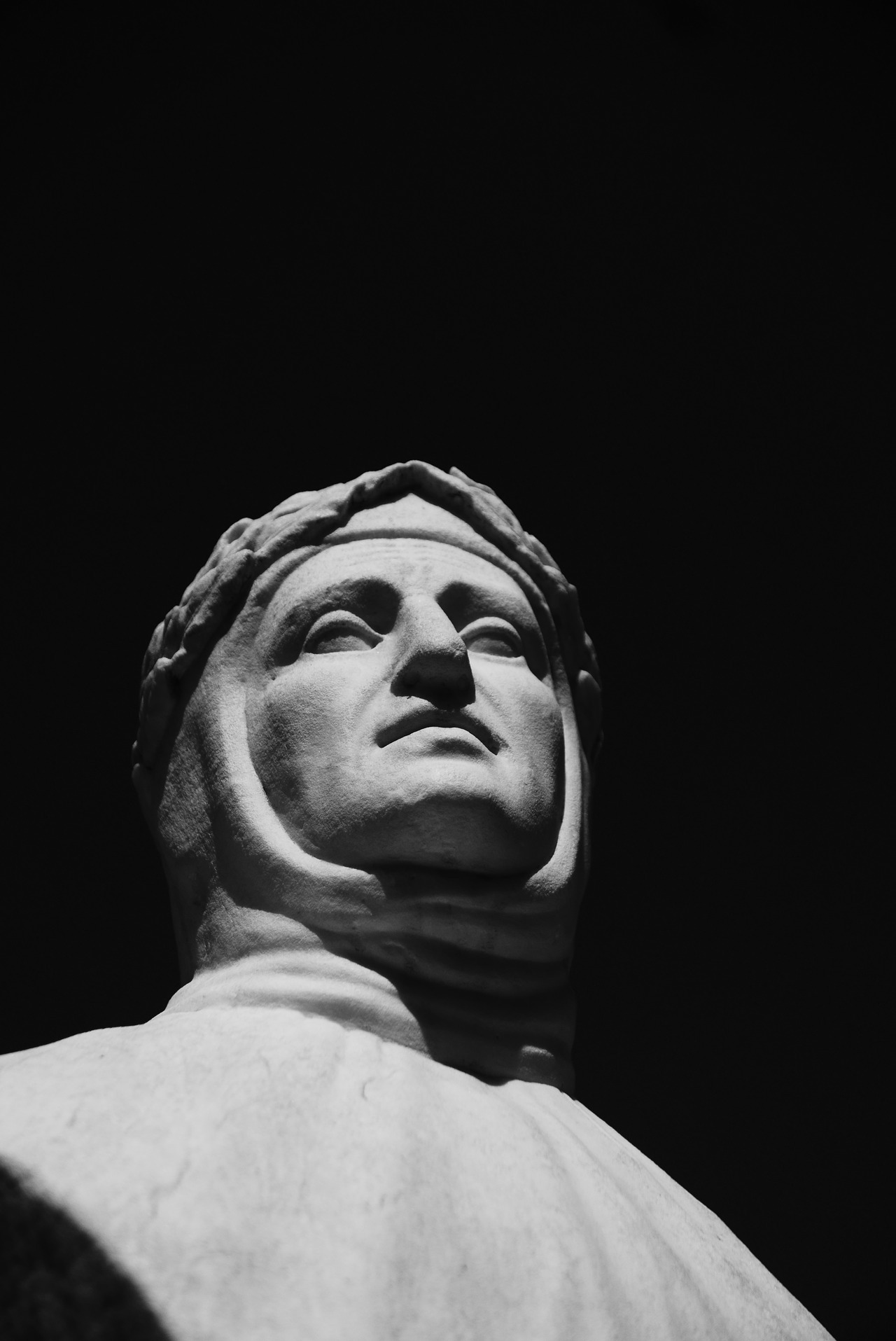 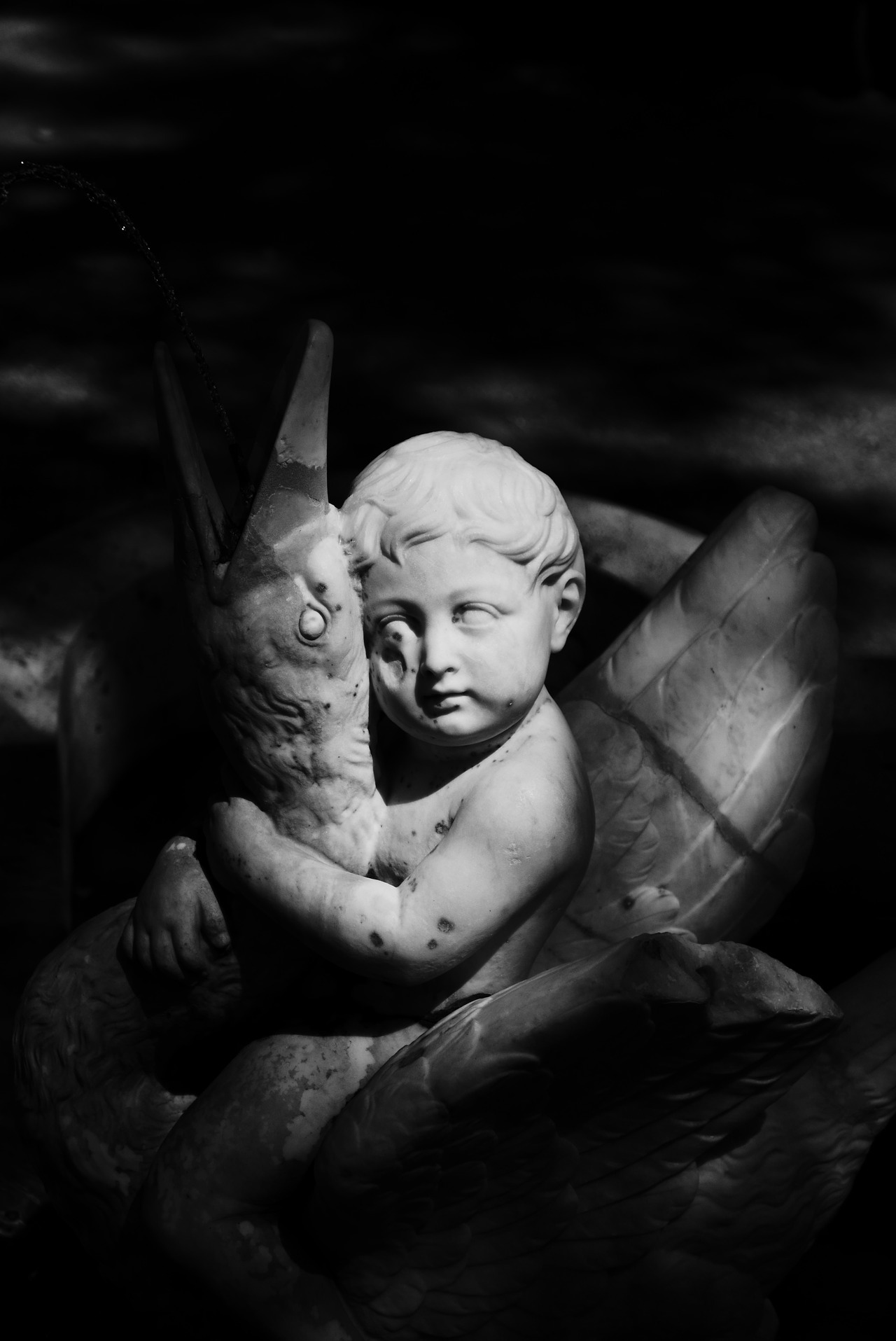 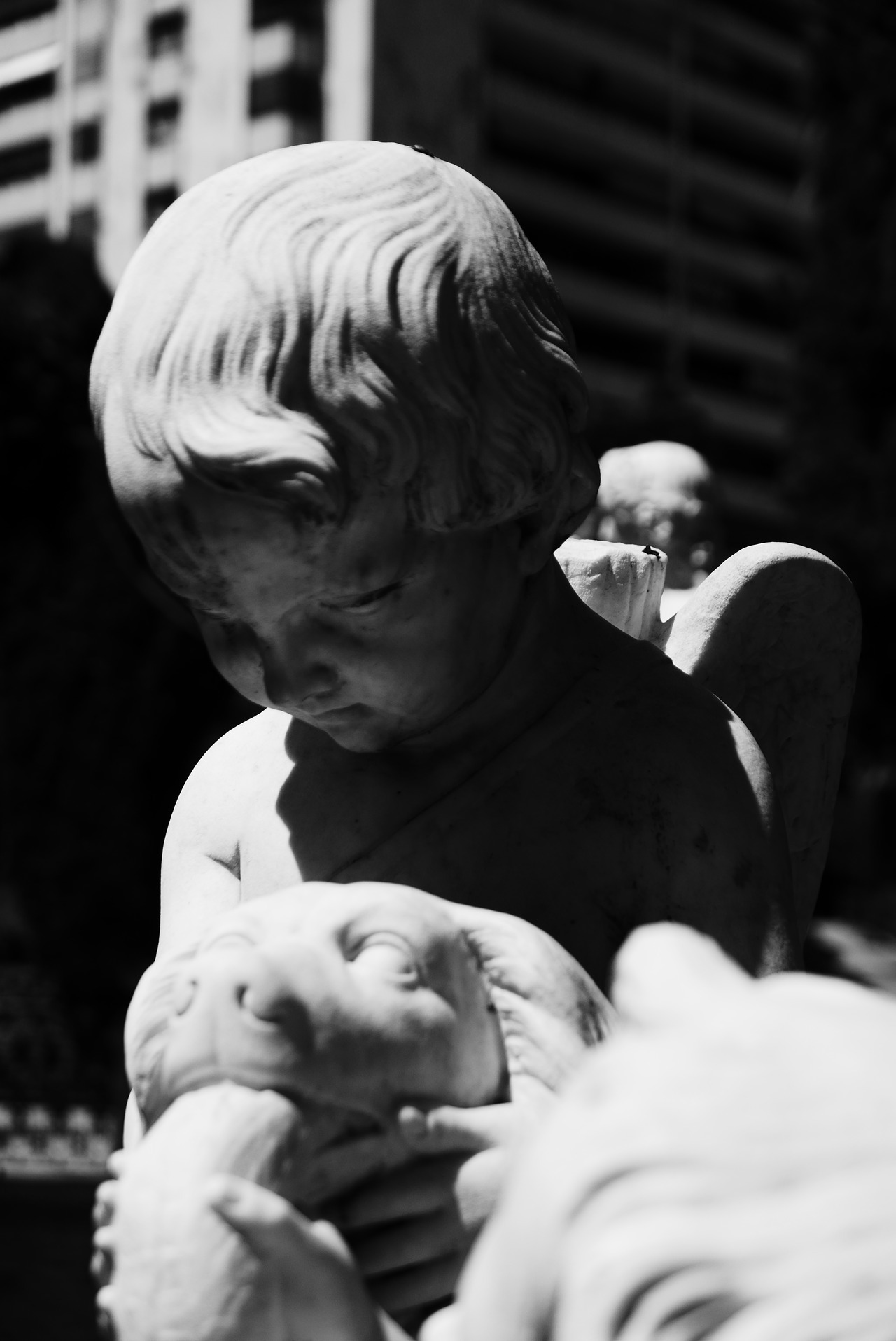 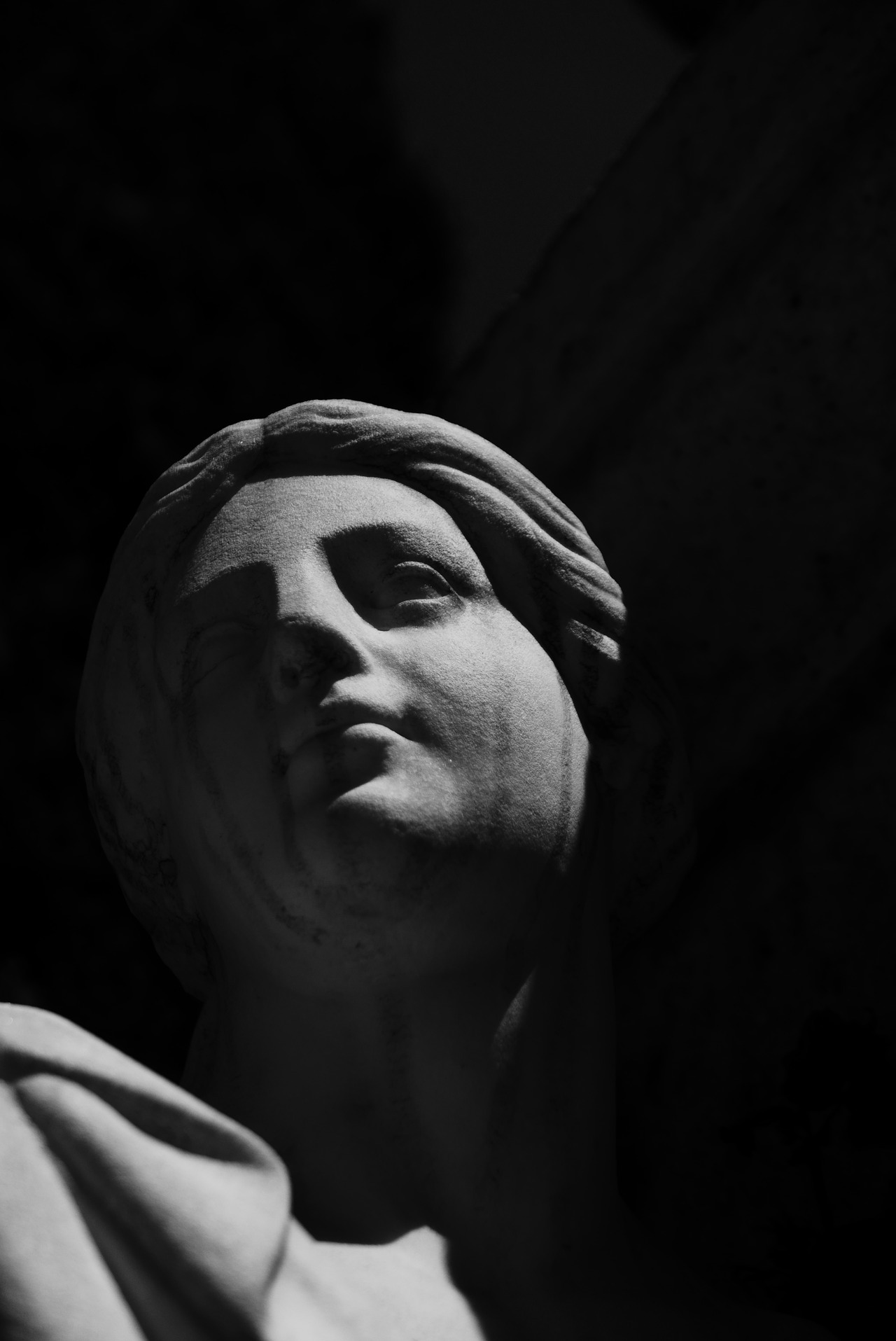 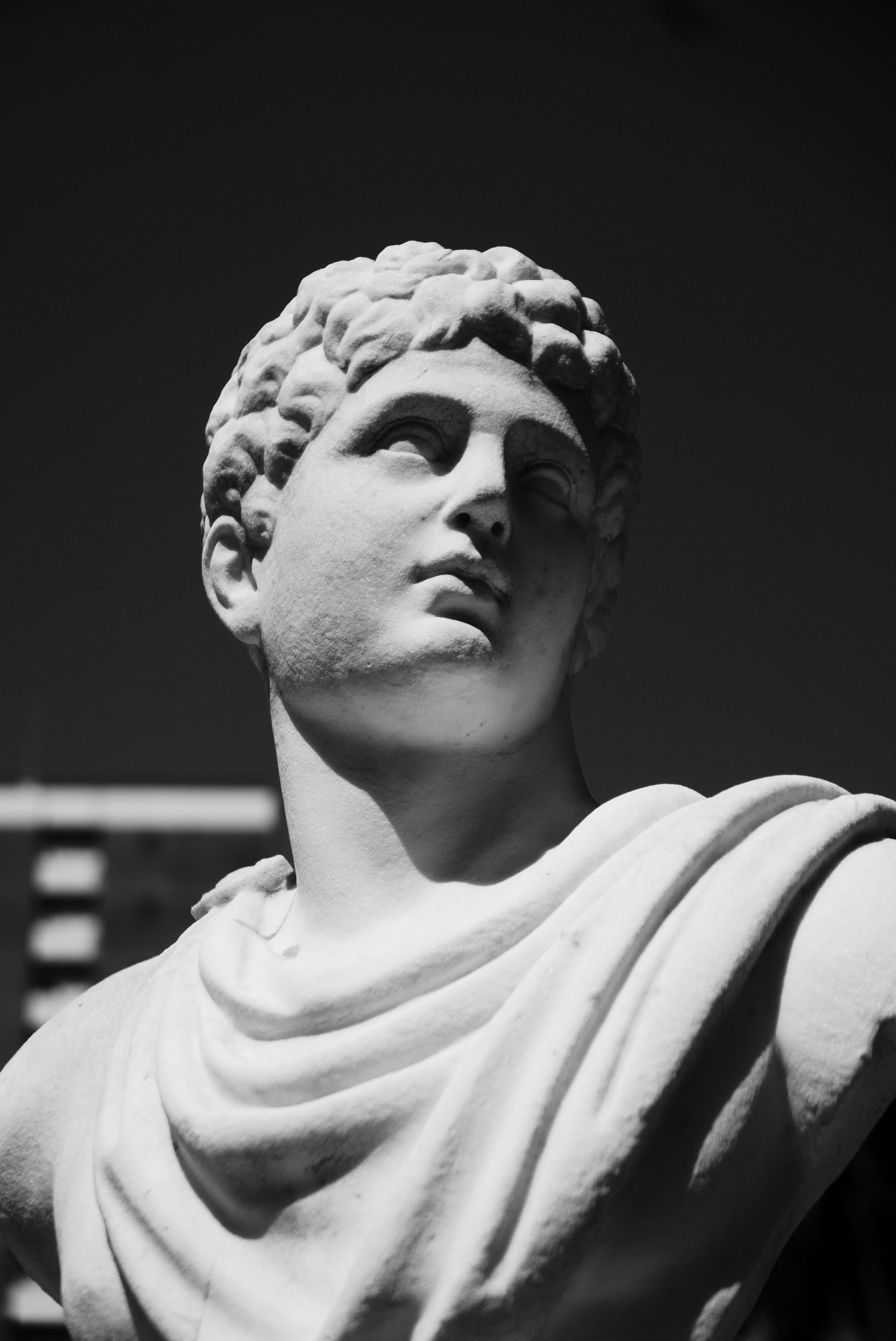 Every photographer, including myself,  once in a while return to the basics of photography and temporarily (or some, permanently) turn away from their digital camera and experiment with film photography.

But why film photography?

Those of us lucky enough to have photo albums from the ’90s and before tucked away in our parents’ homes will undoubtedly take great joy in flicking through the tattered card pages, looking through the embarrassing portraits, day trips to the zoo, the beach, birthday parties and that time our trousers fell down in the park. The point I’m making is these vernacular photo albums were perfect and they were all shot on film.

2: It Slows You Down

This reason can fall into both pro and con categories for a reason to choose film over digital, however the more accomplished photographer will tell you that a methodical approach is a much preferred way of achieving your goals. A typical roll of film only has about 24 exposures compared to the 10,000+ JPEGs you can store on a 32GB memory card (or 347,000 on a 512GB).

3. The Pictures Are Permanent

How old is the oldest digital photograph you have, and where is it stored? Unless you’re incredibly organized, much of your first digital archives have already been lost. All it will take is one little knock and the hard drive with the last five years of holiday snaps and your only backup of them could suddenly be gone permanently – technology isn’t built to last forever.

It’s difficult to not take issue with this reason as there are plenty of Lightroom filter packs that can emulate different types of film photography, so in fact a RAW digital file has a great deal more scope on the final look than its traditional counterpart.

However… isn’t that just a little bit contrived? You spend thousands on the best digital camera and lens only to put it back through a filter to give it imperfections and restrictions only available in film?

Brand new digital cameras can cost thousands of pounds, even before you start to buy lenses to suit your style. Even second hand DSLR bodies that were made redundant during the last decade are still fetching midway into three figures. When you consider film equivalents the price difference in astounding. Oversupply and the emigration of film photographers to the digital realm has meant a glut of incredibly good film cameras available at a fraction of the price they first sold for.

The growing Lomography movement is, if you like, the militia of film photography. These photographers are film to the bone and nothing digital (apart from social media) will stop them in their quest to bring light leaks, plastic toy cameras and imperfections back to photography. Taking enjoyment from a poor aesthetic photography is what Lo-fi or Lomo is all about, and this can have fantastic serendipitous results.

7. The Element of Surprise

The youth of today will have absolutely no idea what it’s like to walk home from the chemists with a pack of freshly developed film and prints, bursting with excitement for the hidden gems that are concealed. Instant gratification is all too rife with digital photography these days. Whether it’s chimping at the LCD screen while you’re out on a shoot or holding up your phone at a concert, it’s a scourge on society and takes a great deal away from the joy of photography.

Chanel Joan Elkayam is now 18 years old and has already exhibited a Couture collection in Paris Fashion Week (March 2016). She is one of the youngest designers in the fashion history that that was invited to show case a collection in Paris. Last night was her first appearence in Milan. 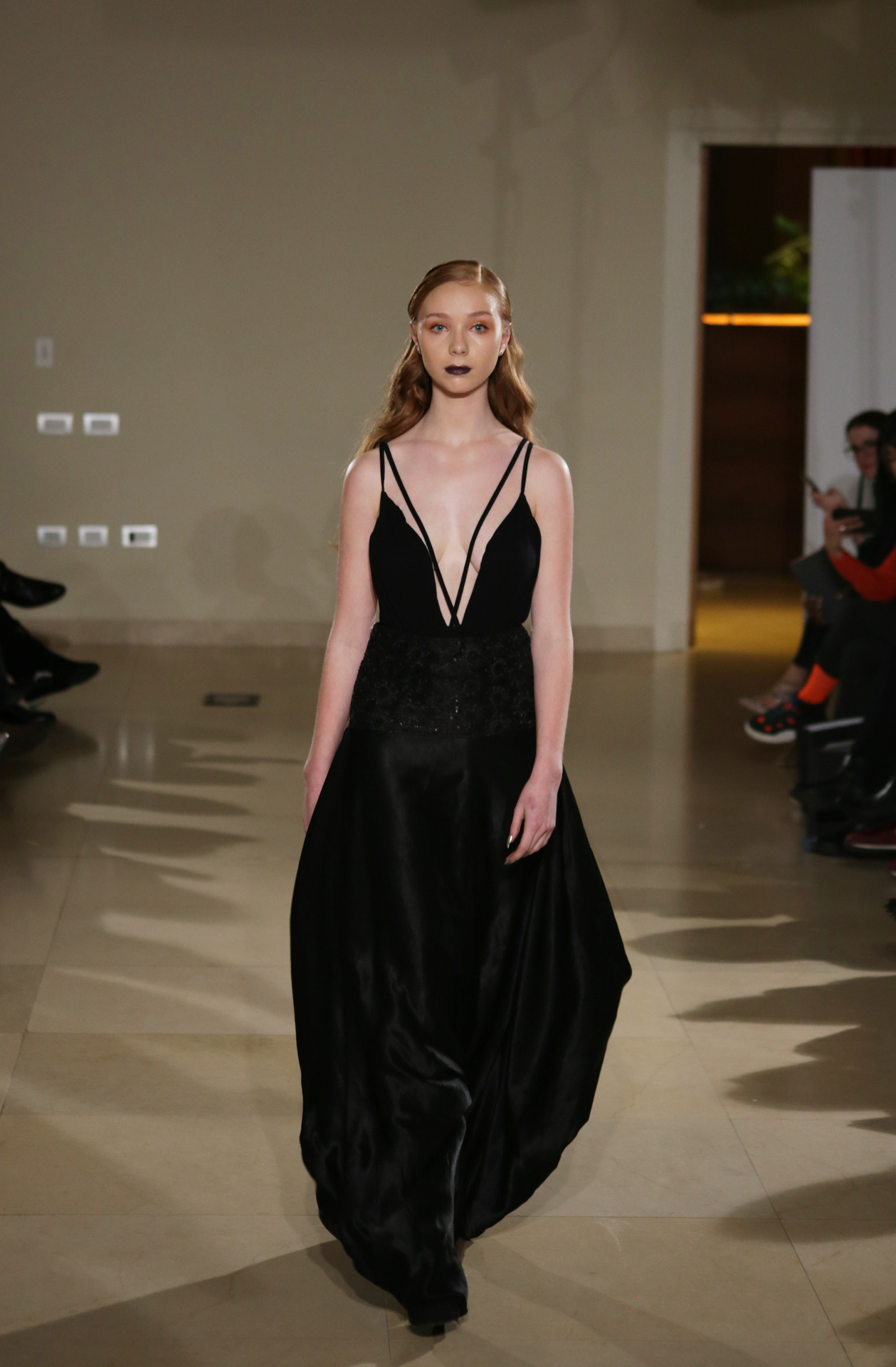 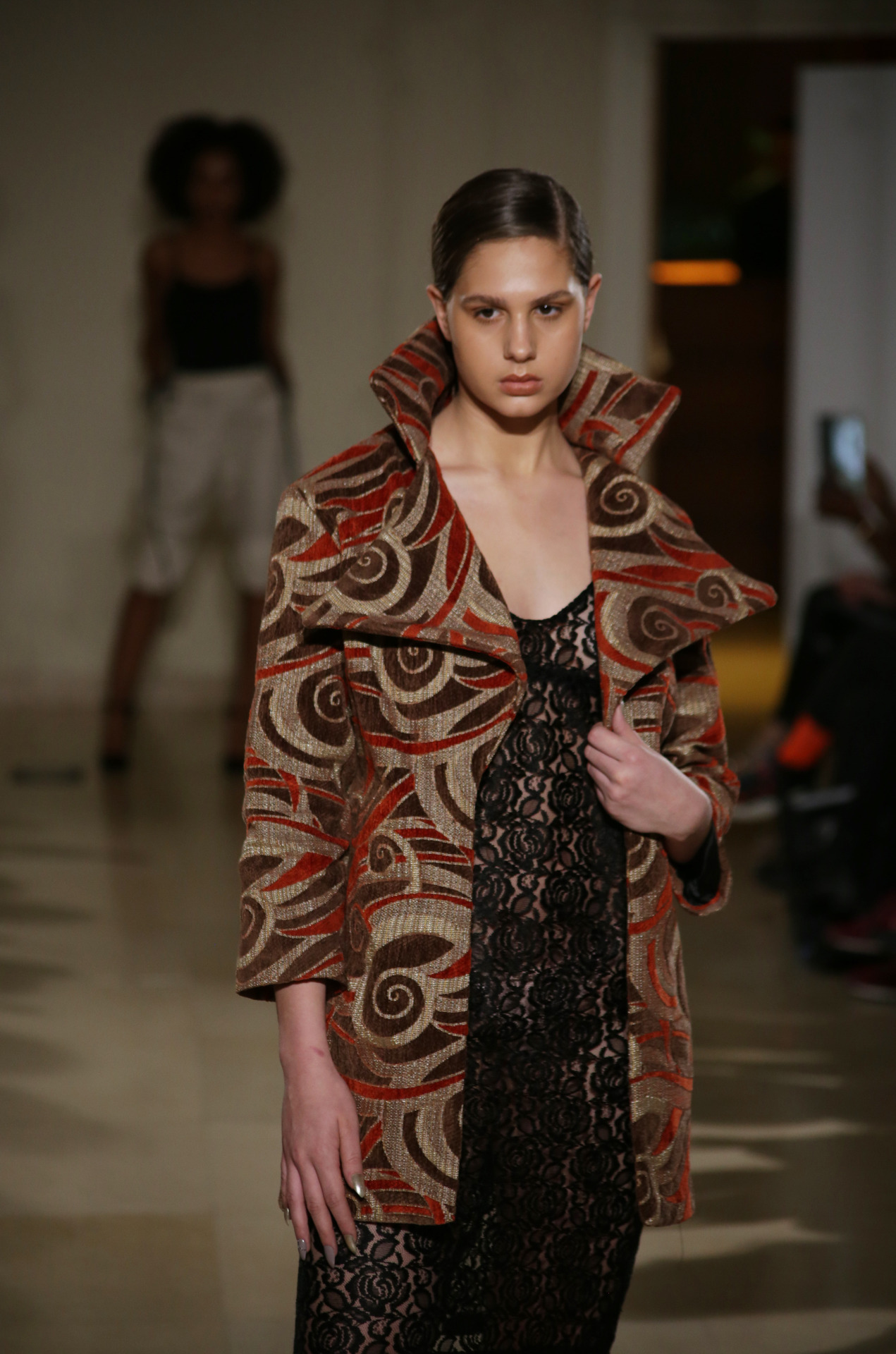 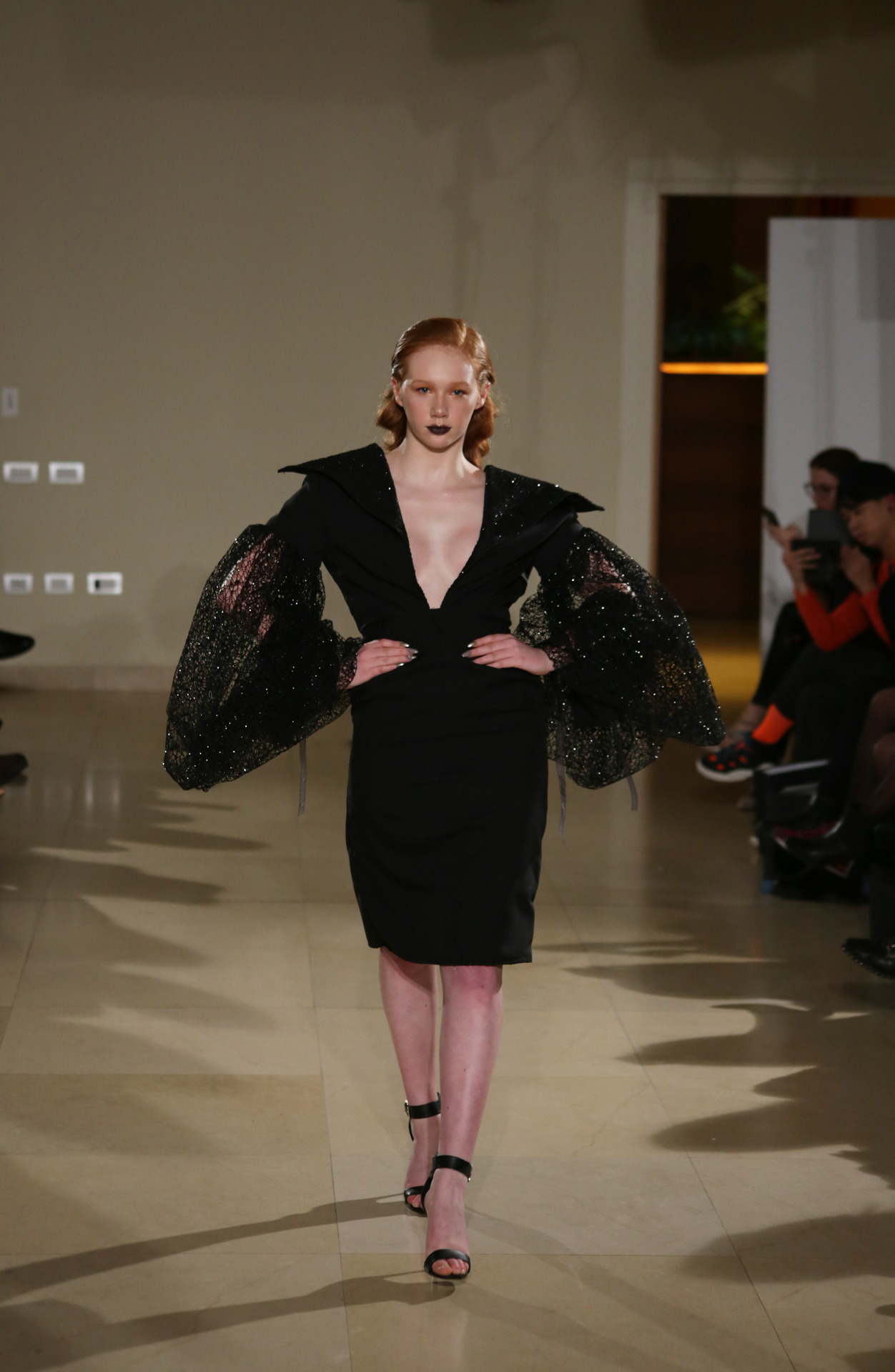 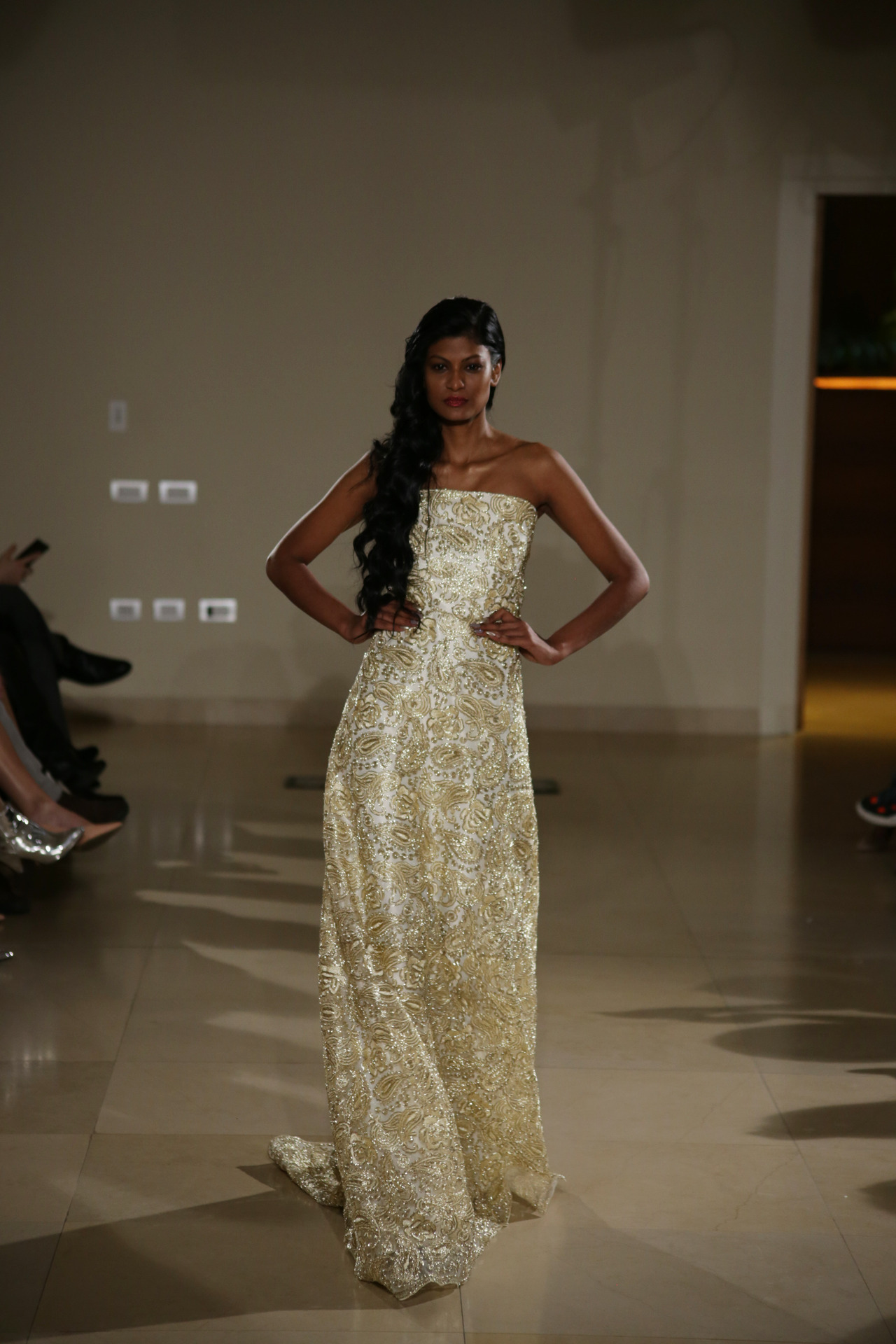 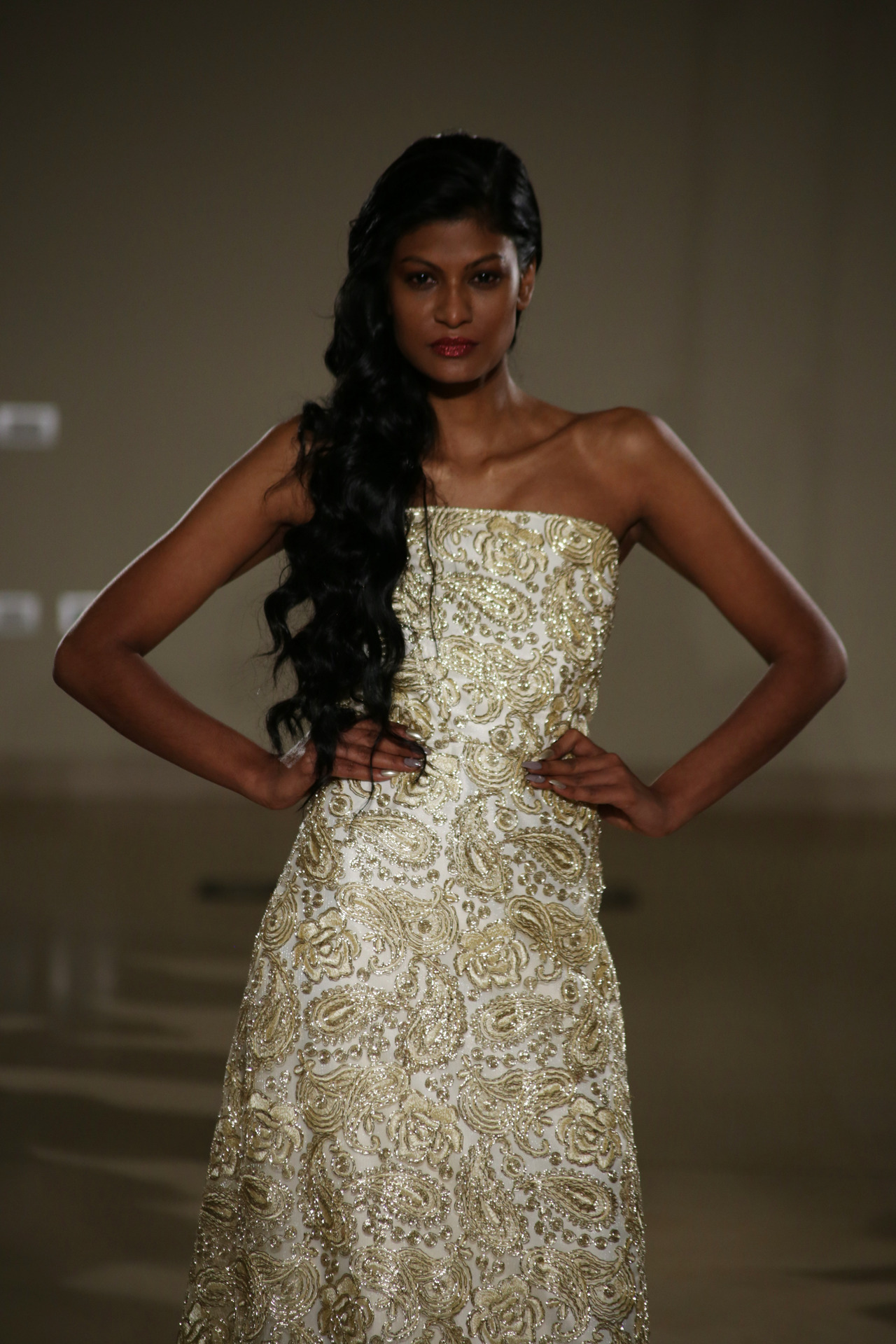 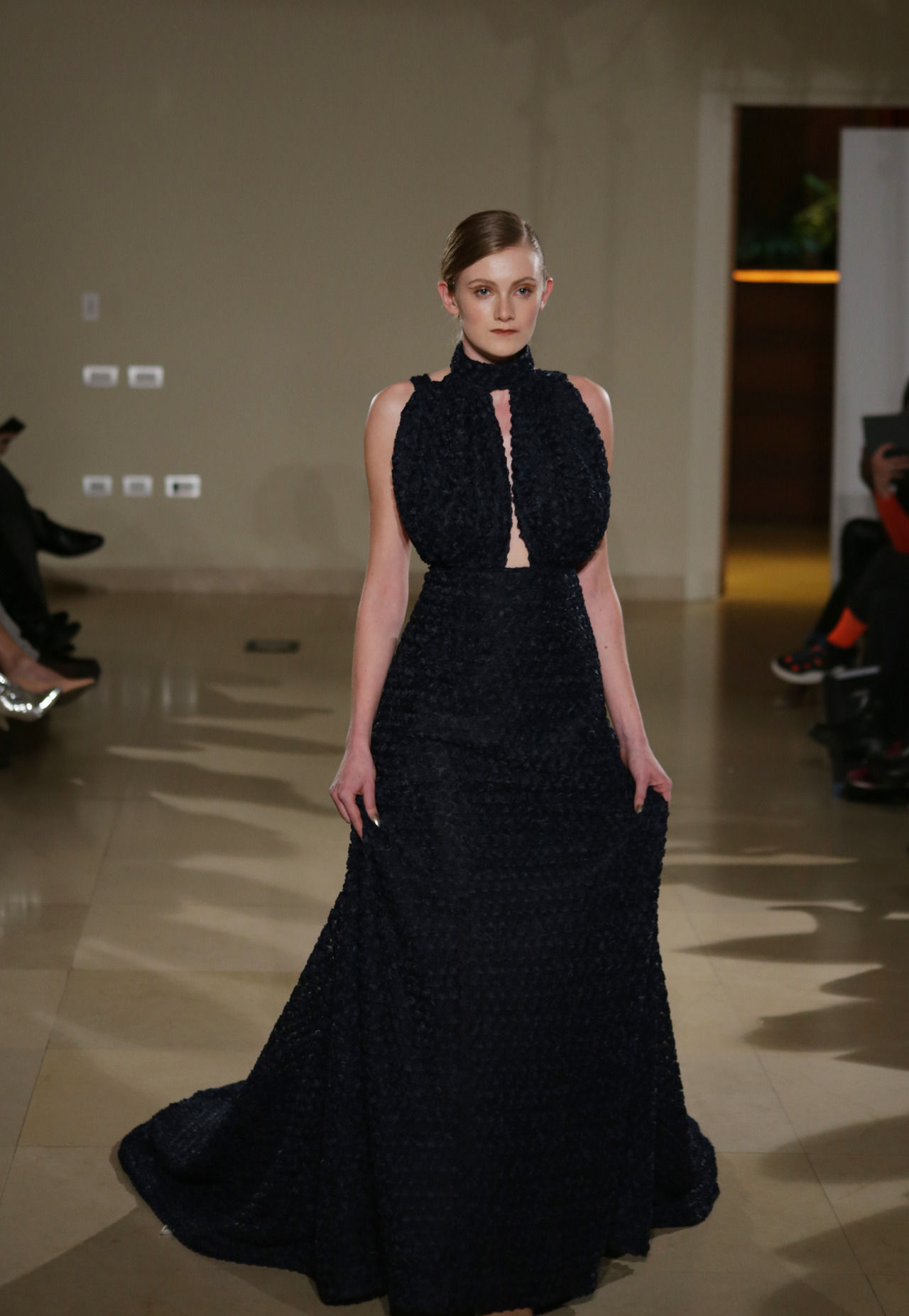 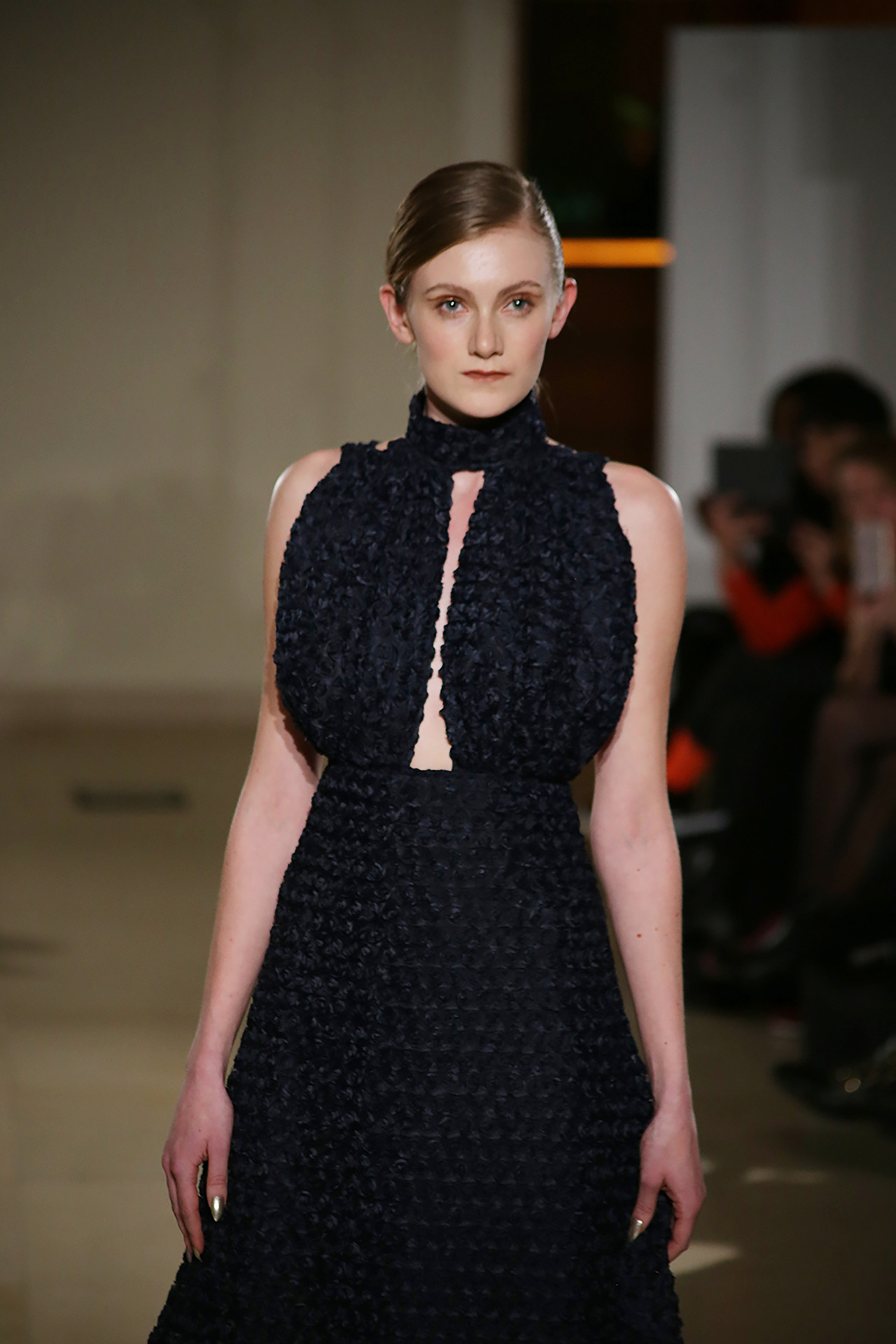 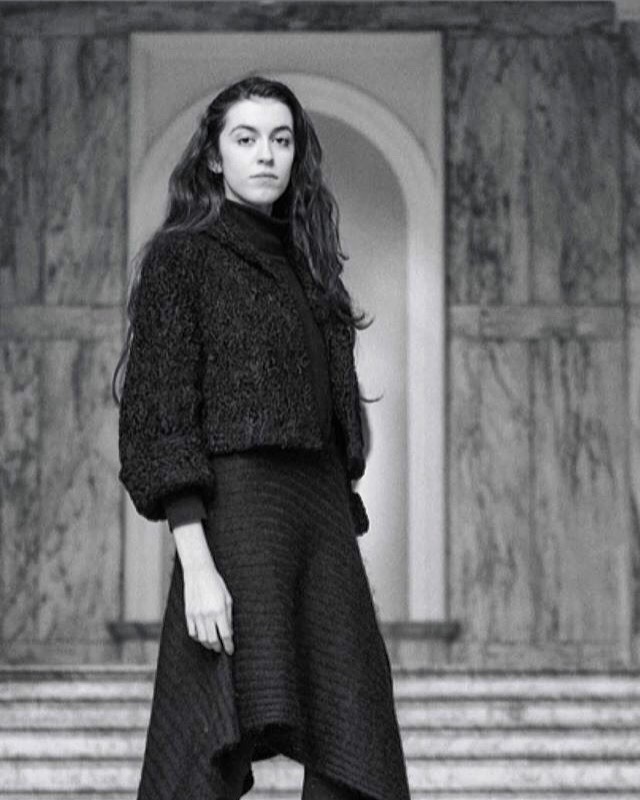 I am delighted to share with you that I am currently exhibiting under special merit photographers in London Independent Photography’s 29th annual exhibition.

Please visit this remarkable exhibition at the heart of East London just off Brick Lane in front of Rough Trade East.
The exhibition open daily till 6pm. 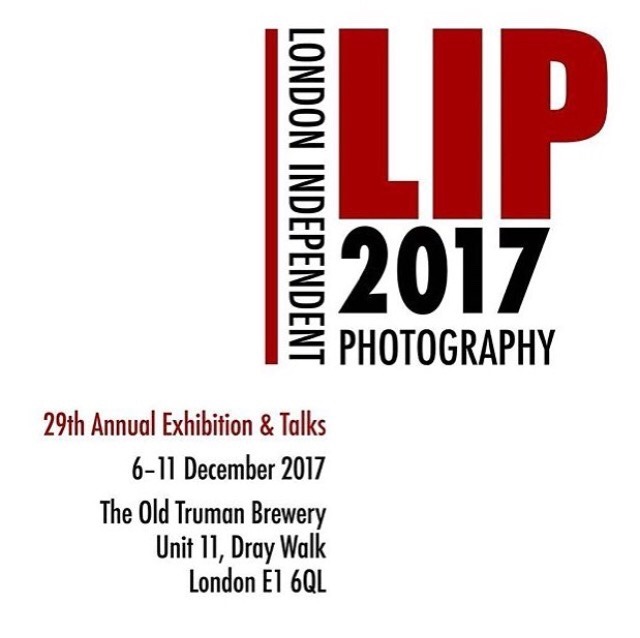 After the exhibition at the Place Vendome of Paris, the monumental sculptures by Manolo Valdes come to Valencia. Six big heads that show the influence of the Spanish painting tradition and of the general art history and the dialogue with the space that holds them, the emblematic environment of the Citi of Arts and Sciences.

The sculptures are on display from 28th June to 10th of December 2017 and can be seen for free of charge, A must see when in Valencia! 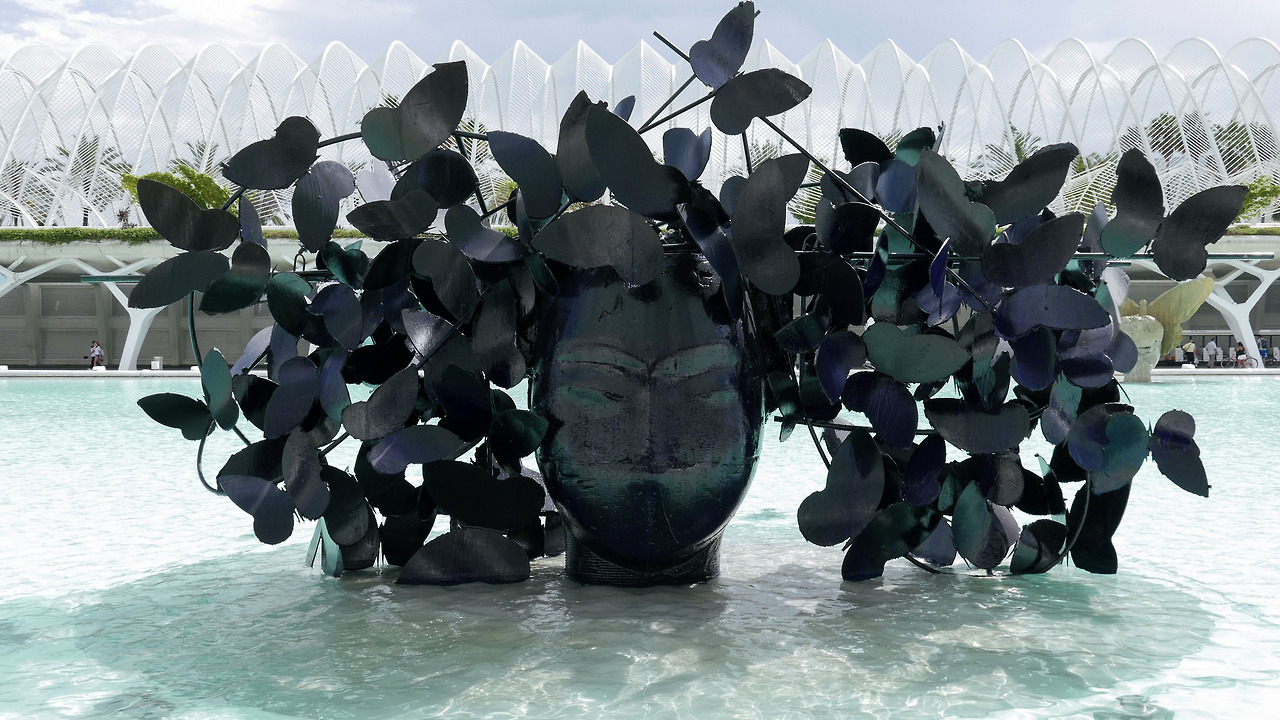 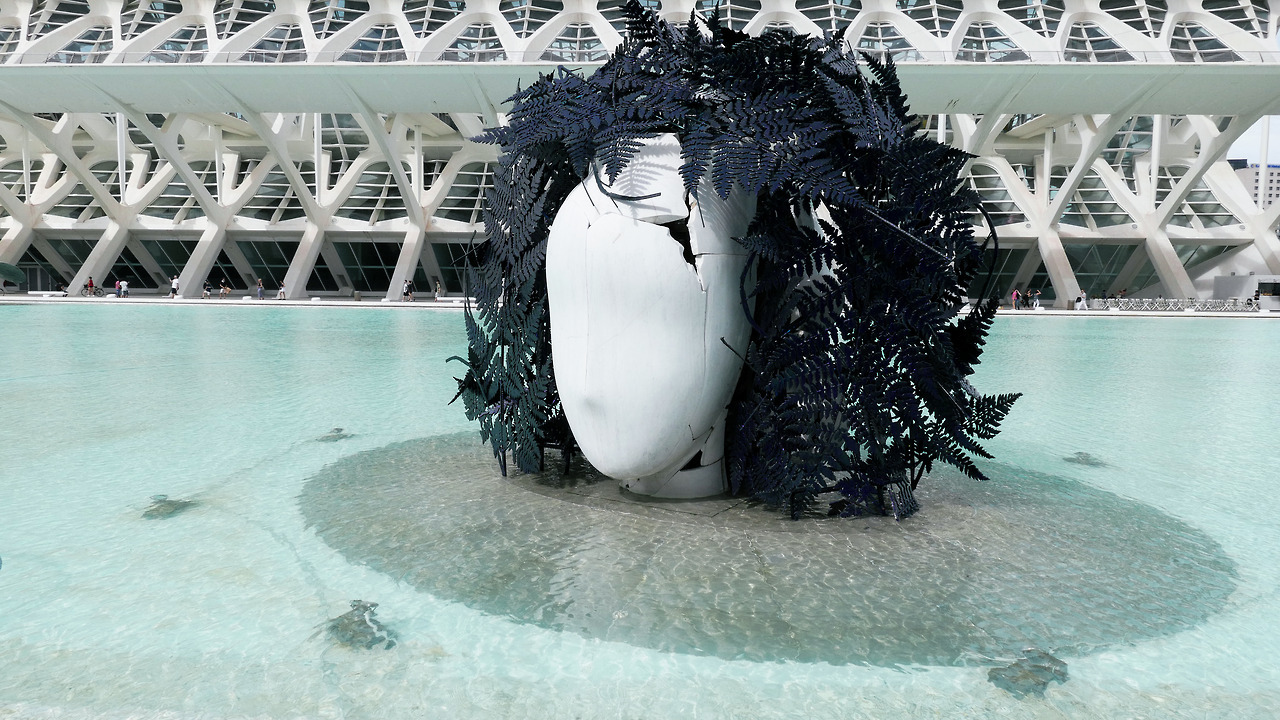 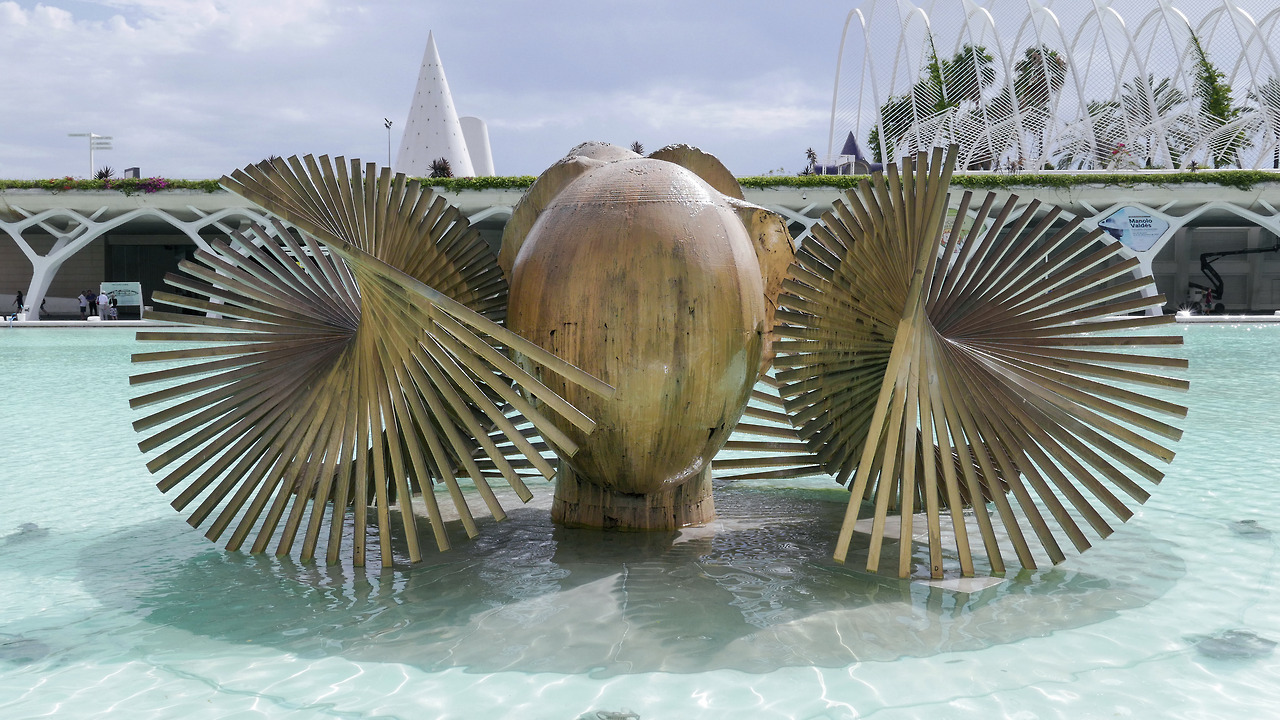 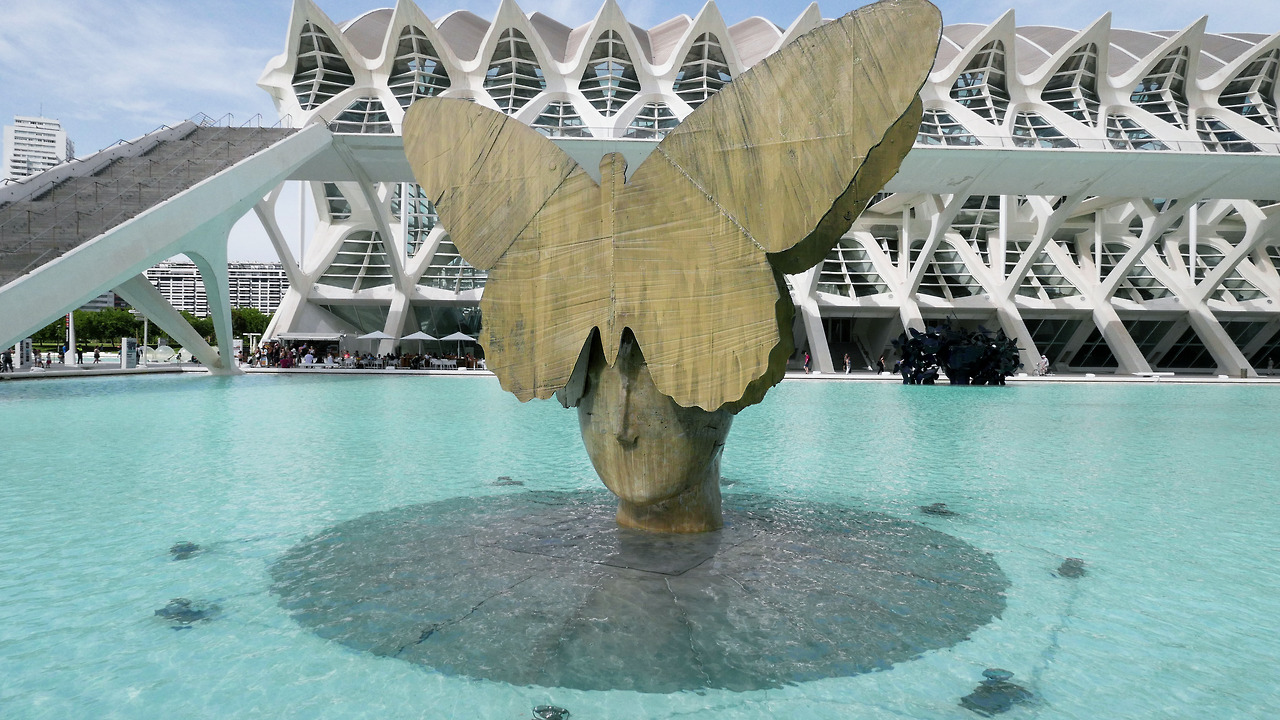 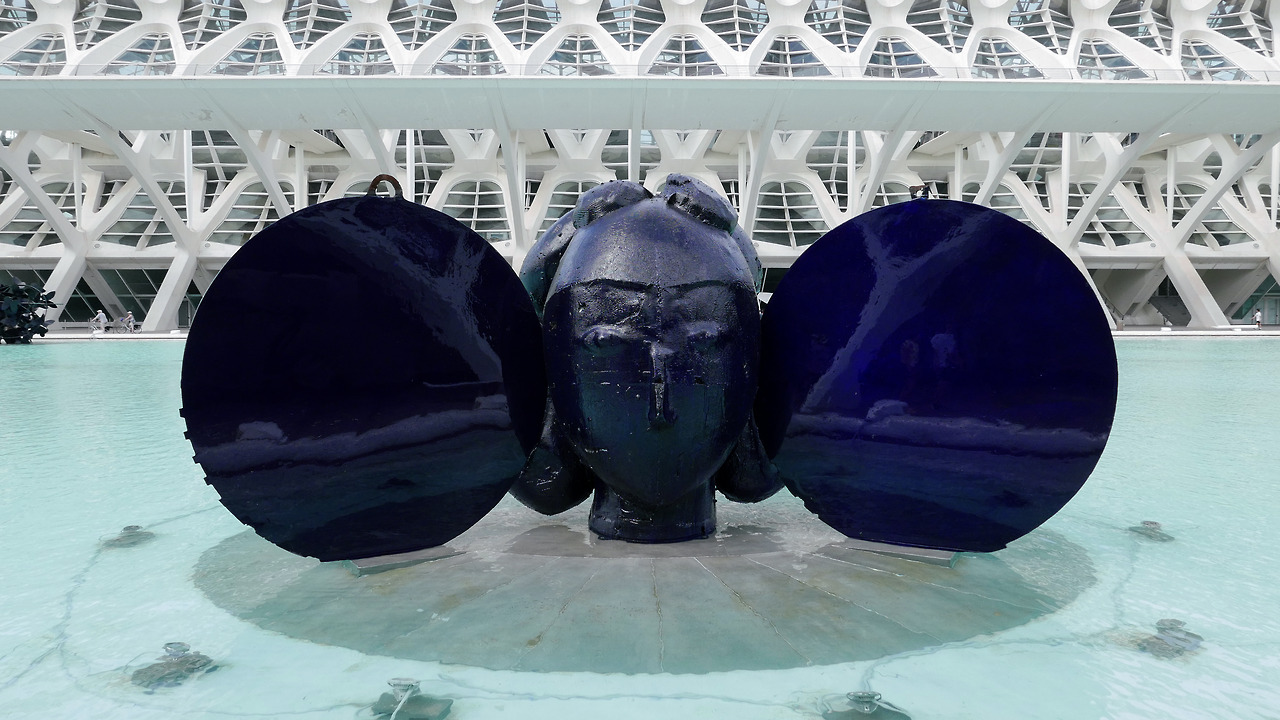 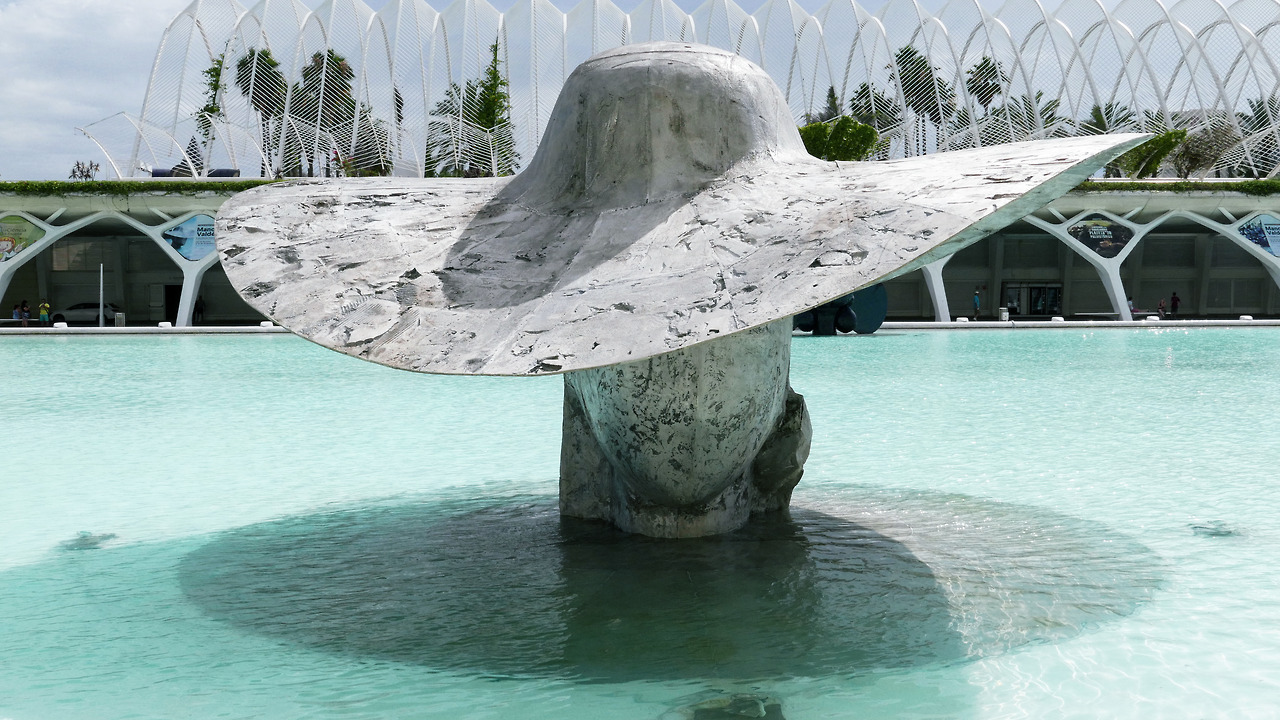 I am delighted to announce that I will be exhibiting part of The Shutter Hub OPEN 2017 at Retina Festival in Edinburg this July.

The exhibition runs from 2nd - 30th July, visitors are invited to vote for their ‘Best in Show’ throughout the exhibition and take part in the conversation about photography through a talk and Q&A session, as well as a Meet Up and portfolio reviews.

See you there! Benjamin x 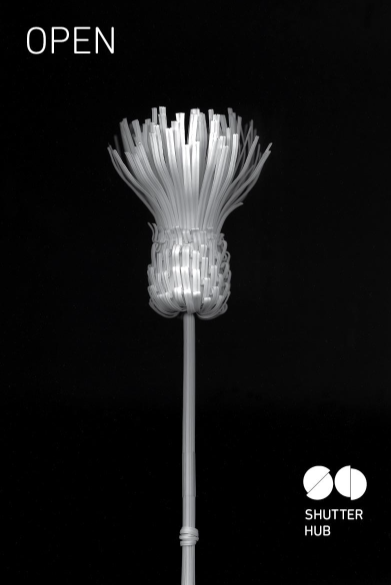 London Fashion Week FW17 is fast approaching and I am shooting for the extremely talented Chanel Joan Elkayam on Sunday. I am very excited, the least to say! Good luck Chanel! xoxo 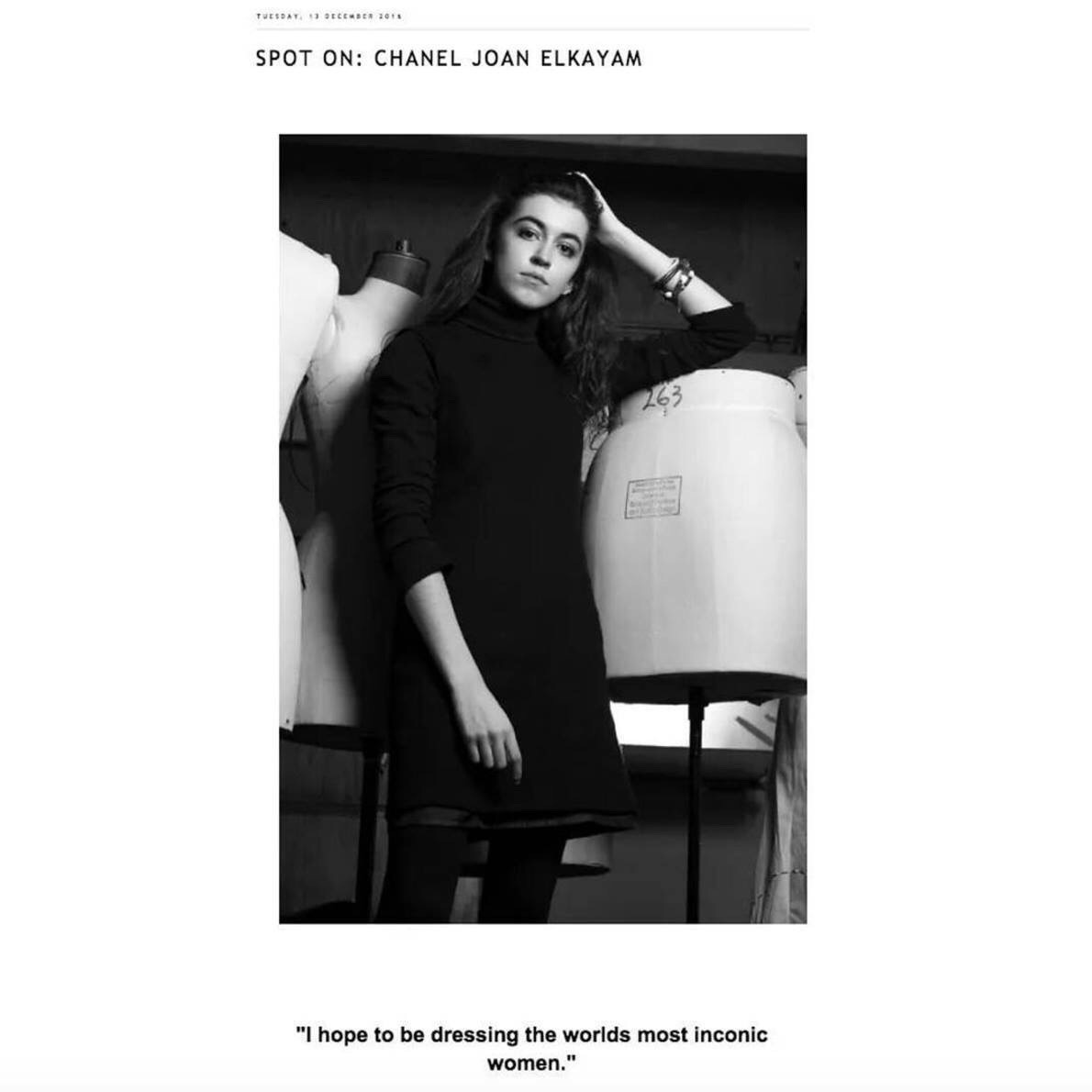 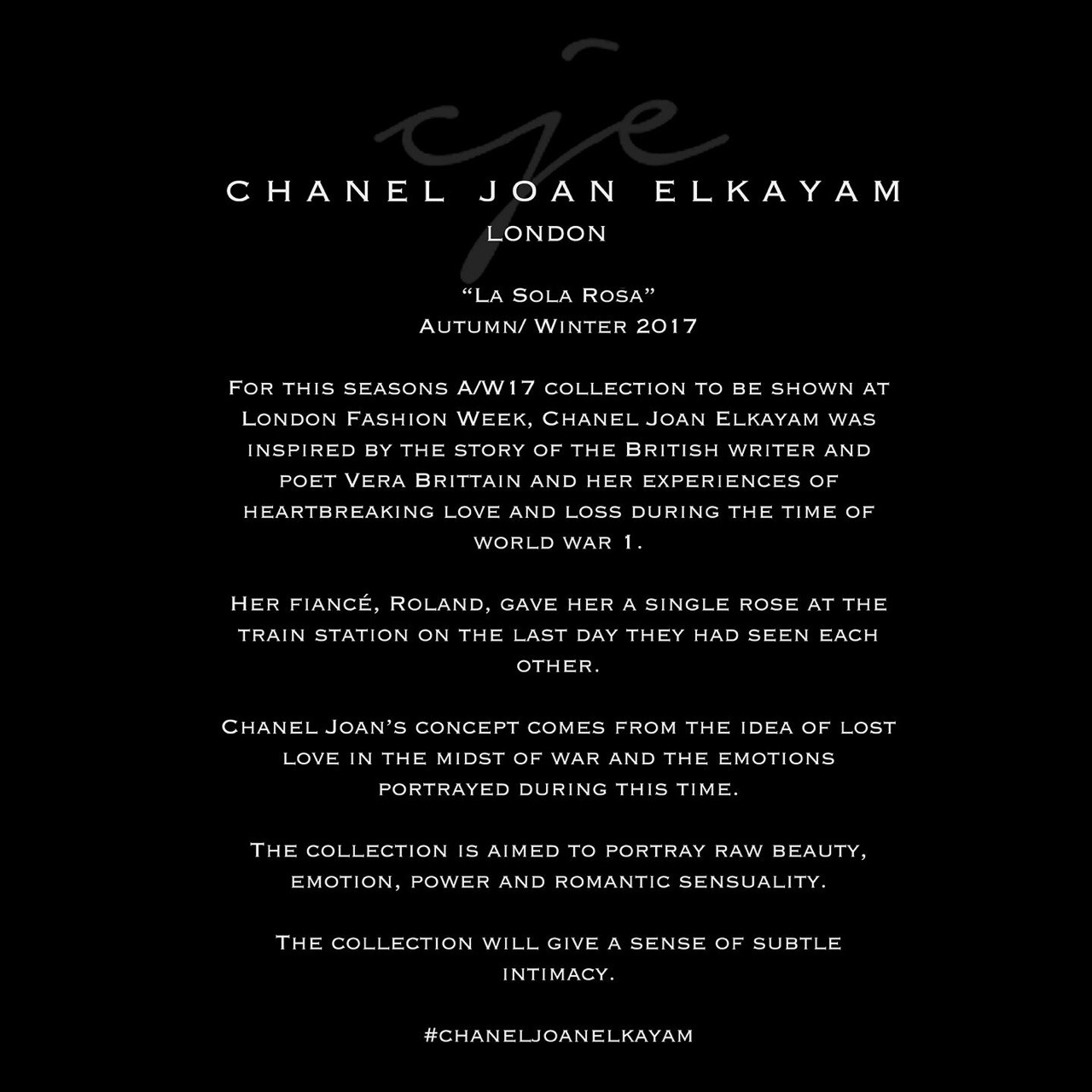 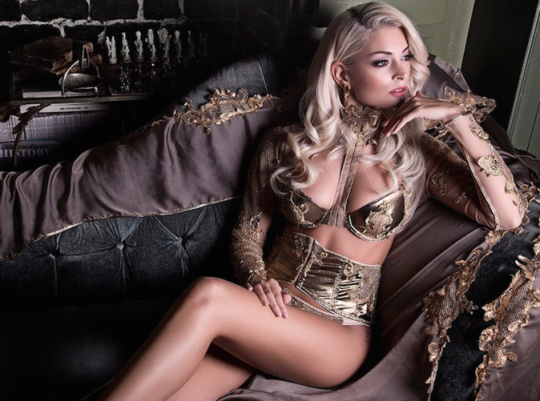 Delighted to see some of my photos of Melanie Da Cruz are being published in  French “Public” magazine today. This shoot has been part of a campaign that is introducing Melanie as a lingerie model to the public. Melanie Da Cruz is a French multitalented celebrity, who has started off her career in the French Big Brother House.

This is the third time that I am featured as book critic in London Independent Photography’s FLIP magazine and in The Street issue I am reviewing “Abandoned” by Frank Orthbandt, “Bruegel Town” by Andy Greaves and “Playing with Perception” by C.J. Crosland photography books. A diverse selection of books, which books I have truly enjoyed writing about.

The issue is out now and available from the Photographers Gallery and the National Portrait Gallery bookshops in London or you can order a copy online in the bellow link.

Pick up your copy for Xmas! :) 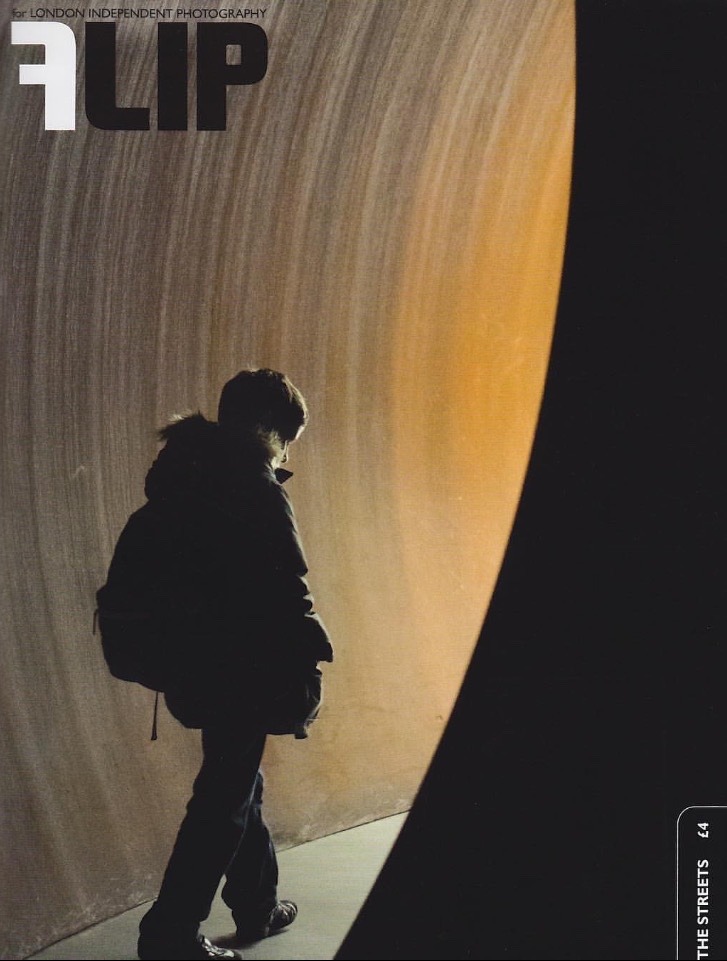